How I Enhanced My Teaching Through EDI 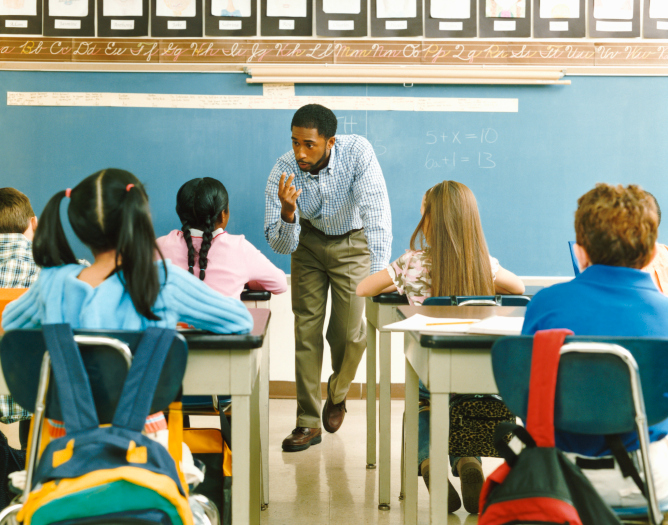 I am a veteran, award-winning teacher who recently discovered how I could significantly improve my teaching. I did it by learning to use the research-based strategies of Explicit Direct Instruction (EDI) developed by DataWORKS founders John Hollingsworth and Silvia Ybarra.

When I first heard about EDI, I was frustrated, skeptical, and a bit resistant – probably like many teachers in today’s classrooms when you first hear about “something new.”   But, as I saw the results for my students and others I observed, I realized that this method really works!  Moreover, I felt even more confident about my teaching. I knew WHY I was using any particular procedure, and I felt I was connecting with my students much more effectively – to their benefit.  Let me tell you my story.

I graduated in 1972 from the University of Illinois with a Master’s degree in Teaching of English. Okay, I know that dates me! But I want to show you the range of experience I’ve had. I did my student teaching in the Chicago suburbs, and then got my first job teaching high school English in Puerto Rico at an army base school for federal dependents.  During my school years, I was turned off by teachers who lectured at me, and so I was determined to run a “student-centered” classroom.  That was all the rage at that time!  I facilitated discussions, assigned individual projects, and used some workbooks for grammar and vocab.

Later, I moved to California, got my elementary credential, and taught eighth grade in a low socioeconomic community in the Central Valley. I also substituted at every grade level K-8, and taught English full-time at three different high schools. One of my principals in his evaluation said I was “a born teacher.”

Then, I did seminars for many years for businesses and non-profit organizations using lots of PowerPoint lectures for those audiences. But eventually, I wound up teaching English for two different colleges. In 2010, I was named Instructor of the Year for one college. I don’t say these things to brag, but to show you that I was seen as a successful teacher. What more did I need to learn about teaching?

Then, in late 2010, I joined DataWORKS as an editor and curriculum researcher to write lessons for all grades.  They put me through a training program to learn about EDI. I worked with three or four consultants, and saw a variety of teaching styles. But each person used the basic framework of an EDI lesson.  Then, since I was still teaching part-time at one college, I used a few of these EDI lessons with my classes. I wasn’t very good at it yet, and it was the middle of the term, but … the students seemed to grasp the concepts much better, there was a more focused engagement in the class, and I felt more organized – and I was already a super-organized teacher!

So, what changed?  When I reflect on what I gained from using EDI, I see three big upgrades to my teaching. This experience has led me to a startling conclusion.  EDI is NOT student-centered, and it is NOT teacher-centered either. It is both!  What do I mean?

EDI provides the direct teaching of concepts and skills, but because each lesson is interspersed, nearly every two minutes, with Checking For Understanding using Pair-Shares and Whiteboards, the students are fully engaged, using the language and skills being taught, and not feeling lectured to. It’s a grand synthesis of teacher-centered and student-centered education. It is effective teaching and effective learning!

In fact, the founders of EDI say they didn’t invent anything new. They simply did the research and pulled together all of the best research into one practical methodology. Thus, EDI on the theory level is also a synthesis of what works in education. In both theory and practice, EDI brings together the various strands of education, giving educators the tools for what works!

How have you changed your teaching methods in recent years?  If you have applied EDI in your class, what changes or upgrades have you noticed?  Discuss your experiences in the comments section below. Or, if you wish to share your story in greater detail, email us (info@dataworks-ed.com) and your story could be featured on a blog post!