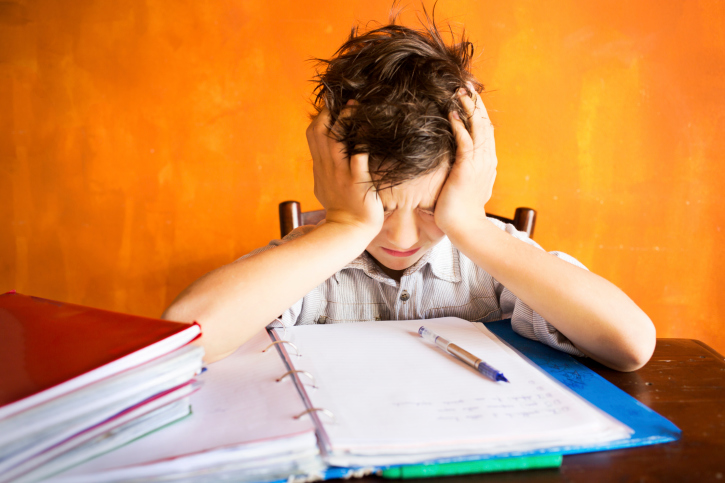 With increasing expectations  and new standards, it can be tempting to throw everything (including the proverbial kitchen sink) at our students. Doing so may, in fact, hinder learners’ understanding of a topic and have the opposite of the desired effect. Instead, by applying research-based strategies, we can ensure that even complex topics are presented in a comprehensible manner. Today, we will take a look at Cognitive Load Theory and how to use it to maximize the efficiency of both instruction and materials to facilitate learning.

In this example, the first definition has a higher intrinsic load, not because it simply has more words, but because there are five elements to the definition that must be considered simultaneously in order to fully understand the term. The second definition places a lower intrinsic load on the student, as it consists of fewer elements that need to be processed in order to comprehend its meaning.

Presenting material to learners in a clear, concise manner is crucial in limiting the Extraneous Load. Overloading materials with information that is not relevant to the learning goals (e.g., unnecessary images, redundant or overly-complex wording) distracts the learner and increases the Extraneous Load, having a negative effect on learning. Consider the two definitions of unit fractions below:

Both definitions define the same term, however, the second term includes elements that increase the Extraneous Load (e.g., inclusion of variables), without adding to the clarity of the definition. For that reason, the first definition is more appropriate to present to students.

Similar to the presentation of information, the strategies an instructor uses can contribute to the Extraneous Load of a learning episode. As an instructor, it is critical to ensure that, during a lesson, all information is on topic and contributes to the desired learning goals. It is equally important to monitor redundancy to limit the information that is repeated unnecessarily. This is not to say that reteaching should never occur in a classroom. Reteaching is a useful strategy when students need more clarification. However, when learners understand a topic, hearing it repeated excessively can have a negative impact on learning.

Germane Load is the portion of the learning that is directed at schema construction. With information presented in a manner that promotes Germane Load (both in materials and instruction itself), learners can construct new or build up previously constructed schemas (complex categorization of information). Construction of schemas allows learners to interact with complex information without overloading their Working Memory.

Consider, for a moment, the term classroom. Despite the many elements of a classroom (e.g., desks, students, whiteboard) you can bring a mental picture of a classroom into your consciousness with relative ease. You are able to do so because, over time, you have constructed the schema of a classroom, allowing you to bring a fairly complex categorization of information into your working memory as one entity, rather than having to access and interact with each element of a classroom individually.

This third variable in Cognitive Load Theory is unique, in that the goal during efficient instruction is to increase Germane Load. Essentially, Germane Load can be considered the “good load,” and should be increased to promote learning.

Managing Cognitive Load in the Classroom

An interesting caveat to the Worked-Example Effect is the Expertise Reversal Effect. While worked examples are helpful for novice, or inexperienced, learners interacting with new material, worked examples that are too simple can have a negative effect on expert learners with prior knowledge on the topic. For a learner who already understands how to solve a problem, worked examples become unnecessary and only add to the Extraneous Load. For that reason, it is important to be aware of how much prior knowledge learners have coming into a lesson. It is equally important to monitor learners’ progress during a lesson, as, even with novice learners, too many worked examples can become redundant, leading to negative effects. In an Explicit Direct Instruction lesson, this is addressed through the slow release, where worked examples become progressively less guided by the instructor. The Split-Attention Effect can also occur in auditory information. Dual narration of a single item can distract a learner and make it difficult for attention to be placed on all relevant information being presented.

During practice of a procedure, problems should include different variants of the task. By providing learners with a variety of problem types, they are more likely to make generalizations about the task, leading to construction of schemas. Development of schemas will make it more likely that learners will recognize the task in future problems, even if the superficial elements of a problem are unlike those practiced.

Have any tips for reducing cognitive load in the classroom? Share them in the comment section below!