How EDI and Checking for Understanding Transformed One Rural School

Crediting its staff and a partnership with DataWORKS Educational Research, Woodlake Valley Middle School (WVMS) has achieved what some thought an impossible milestone. In just four years, the school gained  67 API Points  and 115 ELL sub-group API points in just one year alone (2012 -2013).

Located  in Woodlake, CA,  a small rural community in Tulare County, WVMS has worked with DataWORKS for nearly four years. In that time, WVMS not only grew 67 points on the API, they also received four academic achievement awards in Tulare County.   This is a remarkable achievement given the challenging demographics of the school district:

At roughly 500 students, the WVMS population reflects the ethnic background of the community of Woodlake (and the surrounding community of Elderwood) and consists of: 93.0% Hispanic and 7% Anglo students, 37.4% English Learners and 99.5% socio-economically disadvantaged students.

Near the end of the 2008-2009 school year, WVMS’s Principal Lou Saephan, began exploring school reform initiatives which target improving student achievement.  During this time, Saephan attended a DataWORKS Educational Research workshop where he learned about Explicit Direct Instruction (EDI). He knew, without a doubt, that this pedagogical approach would benefit all WVMS students. The first two years of partnership with DataWORKS produced significant results and a shift in school culture which now focused on providing Great Initial First Teaching (GIFT). The superintendent and district personnel supported implementation and launched a district-wide initiative to implement EDI and support implementation for long-term success.

After officially contracting with DataWORKS as an External Evaluator of the school district, a District/School Liaison Team was formed.  This team developed a school action plan for WVMS staff to identify goals and objectives to ultimately lead to significant improvement in student performance.

Believing beyond doubt that good teaching in the classroom is the best first “intervention” for students, WVMS staff embarked on a truly collaborative journey of learning about, and reflecting upon proven instructional methods and practices that could best meet the needs of WVMS’s population.

Teachers and administrative staff participated in the Explicit Direct Instruction (EDI) professional development modules, which became the framework for sustained, systemic change in the school district’s delivery of instruction. The most profound change at WVMS was in the classroom. Teachers went from operating as independent contractors to a collaborative coaching climate where administrators and teachers can cooperatively co-teach interactively and transparently.

Explicit Direct Instruction is now the expected delivery model of instruction at Woodlake Valley Middle School.  WVMS staff experienced through their own staff training how EDI incorporates research-based pedagogy and positively affects student achievement.  WVMS continues to be visited by districts across Tulare County and the State of California as a model school for Explicit Direct Instruction. 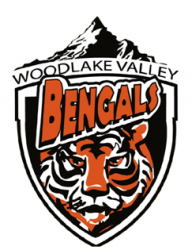 The District leadership recognized that while sustained professional development is essential in facilitating new learning, coaching and support is also vital.  With the support of DataWORKS consultants, teachers, site and district administrators, and literacy coaches collaborated in the development of well- designed READY TO TEACH lessons, lesson study, coaching, and feedback.  Once lessons were written, the “Coaching Team” (comprised of 2-3 teachers, an administrator and the DataWORKS consultant) visited classrooms to observe lessons as they were delivered.  A DataWORKS’ designed Instructional Leadership observation form was used to track observations to support teachers with overall goals.

The model of designing a well-crafted lesson, peer observation, coaching, and instant feedback are powerful.  By following this simple model, teachers learn from one another and their teaching skills improve significantly.   Teachers who are observed by the “Coaching Team” receive supportive, positive feedback as well as “suggested next steps” to ensure their teaching becomes completely aligned to the EDI model, and that the steps throughout the teacher’s delivery become internalized.

Student engagement is a major component of the EDI model and WVMS teachers know it works!  At WVMS, it is a recognized fact that checking for understanding (CFU) is vital to ensure not only that  ALL students are engaged in learning at all times, but also that teachers are instantly aware of their students’ level of success at each step in the lesson. DataWORKS has developed an effective student engagement model, which includes: calling on non-volunteers, pair sharing, the use of whiteboards for student responses, and much more. Used daily by WVMS teachers, each phase of EDI allows teachers to check for understanding throughout the lesson as it is taught. With more students paying attention, there is less time for bullying or other non-productive behavior.  In the first two years of implementation, WVMS have decreased its suspension rate by 73%.

As illustrated in the graphic above, WVMS has gained 67 API points over the past four years.

WVMS believes strongly that the best first intervention in the classroom is good teaching, and continues to act on this belief.  WVMS strives to provide well-crafted and well-taught lessons in every classroom, every day.   In the previous four years, the school has implemented many programs that support student learning; all of which have contributed to the academic success of our students. However, the implementation of EDI is the one approach that has truly made the largest impact on the way teachers teach and students learn. Supporting data is compelling, depicting the growth in the district API score each year since the implementation of EDI. With new Common Core Standards raising the bar even higher for educators and students, WVMS believes consistent explicit teaching of new content and skills is more important than ever.

As illustrated in the graphic above, WVMS has gained 67 API points over the past four years.

Improved test scores are not serendipitous, nor do they occur in isolation. They are the result of hard work, hours of meaningful professional development, a commitment by all stakeholders to changing the culture of the school district, an acceptance and continuing support of EDI as a district-wide instructional delivery system, the continued monitoring and support by administrators, along with the support from coaches.

WVMS teachers, classified and support staff, administrators, school board members, and students are commended for their dedication and commitment to the implementation of EDI.   Demographically, Woodlake Valley Middle School faces tough challenges in overcoming the obstacles that impede student success. Continuing to provide high quality instruction at the lesson level for generations to come is Woodlake Valley Middle School’s commitment to its community.